https://uncannyxmen.net/story-arc/dc-ve ... -versus-dc
Two entities, effectively “brothers” who personify the Marvel and DC universe, become aware of each other. They immediately enter into open combat, forcing some of the 90s most popular characters from both companies into a battle royale in which only one reality was said to survive with the other ceasing to exist. This crossover event from 1996 was not only distinct in that it was a “canon” multi-company crossover but the reader decided the outcome of several of the fights by way of a public vote. 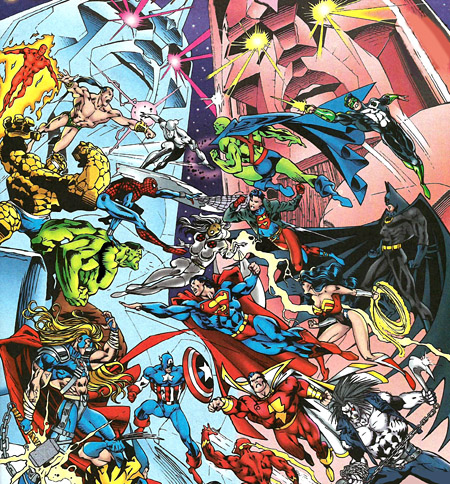