The Contest of Champions was an early attempt by Marvel Comics to create a more representative universe, introducing new international heroes from France, Argentina, China, Ireland, Saudi Arabia... and Israel. Sabra was a super-agent for her home country who fought on behalf of the state. In the 90's, her character became more complicated as it was revealed she also worked as part of Charles Xavier's mutant underground, balancing her commitments to the Jewish people of Israel and Homo superior from around the world. She worked briefly with the X-Corporation and remains an ally of the X-Men. With the establishment of a mutant nation-state, however, Sabra's ultimate loyalties between Krakoa and Israel have yet to be tested.
https://uncannyxmen.net/characters/sabra 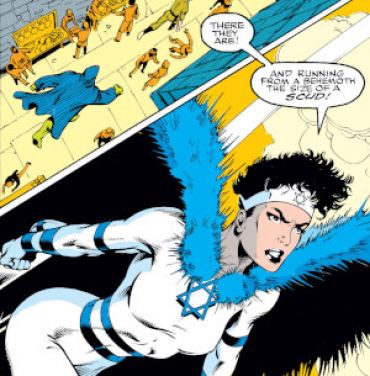 Why not contribute to one of our sites? The pay is non existent, but vacation allowance is fantastic!
Top

Back when SCUD's were all in the news.