I love this look for Kate...it feels like a modern spin on her original look. The bigger Slightly curly hair brings to mind her Jewish ancestry and I think it fits...this art was amazing!

Agreed! The Bianca Jagger homage must be intentional. 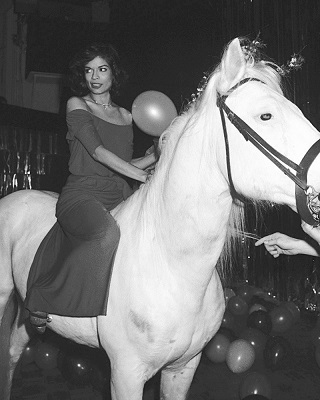 Finally! The most obviously subtextual queer X-Man now that Bobby is out got her first gay kiss. You love to see it.
http://dancehall-daze.tumblr.com

Its such a nice touch she is back to her real hair, i missed her original/excalibur hair soooooooooooo much

Spoiler: show
do we think they are picking up the thread left at Kate's failed wedding to Peter?
I mean...
Illyana and Kitty are best friends, but Illyana's dialog prior to the wedding was very meaningful but subject to interpretation and further developments.
Ultimately Kitty didnt marry Peter.
Also Illyana seems to be uninterested by anyone but... what if she has been secretly in love with Kitty all these years?
What if Kate feels the same?
That kiss at the end of the issue could mean nothing or could mean so much.
Im intrigued.

What do you think?
Top

I can't tell if the Rachel moment was meant to be a misdirection, but it feels more like that's where Kate's heart is right now.

God, this book continues to be amazing. I'm never going to be a fan of Hype-Woman Storm, but it was still a touching scene. This book continues to make me face things I don't like and puts them better than they are in other places. I'm gonna need them to go ahead and tackle the Crucible.
"Sometimes I do feel like I'm a failure. Like there's no hope for me. But even so, I'm not gonna give up. Ever!" -Izuku Midoriya
Top

A lesbian love triangle? In my comics?
http://dancehall-daze.tumblr.com

Ummm, did you guys look at a translation of the lyrics of the song that band Illyana ported in were singing? Because I would advise doing so.
Sign-ups for Betrayal Game 76: Murder in Manhattan now open! Help Jessica Jones solve the unexplained murder of a group of super-villains! Link to the thread here:
viewtopic.php?f=24&p=169031#p169031
Top

Let’s pretend we have no clue...

Its spanish, but I might be missing something.
Smuggling seems to be in line with the whole Marauders premise. Is there anything else?
Top

De Contrabando is an actual Mexican pop song by Jenni Rivera. It's about asking someone to have a secret love affair.
http://dancehall-daze.tumblr.com

Claremont is on record as intending the Rachel + Kate pairing, but I've always preferred Illyana + Kate.

I suppose in the days of the Summers House, this may be an irrelevant question.
Current Pull List
Hickman's X-men, Runaways, Champions
Top

Lesbian throuple it is.
http://dancehall-daze.tumblr.com

BTW, it looks like Lockheed can sleep through just about anything.
Top

Im shipping Kate and Illyana, it feels more natural.
Illyana has never shown any romantic feelings towards anybody yet her bond with Kitty was speaking loudly about how much they liked each other, even if nobody went into the romantic field before.
Illyana even gave Kate her Soulsword, part of her own soul, when she reverted to be a 7yo girl and died... its very significative.
Illyana openly confessing her feelings to Kate would make sense. I really thought she was going to do it at Kitty's wedding...

Kate getting out of the closet and admiting she loves her too is a big step that would fit the story told so far, how many LGTBI people spend years and years of our life denying what we feel or we are to fit some family/social agenda?
I mean, Kate doesn't even have to be lesbian but bisexual and this wouldn't even be a retcon. Kitty nearly had something with Karma in Mechanix, i think.

Rachel and Kate had a different relantionship that goes back to the DoFP storyline and Kate's future self and her role sending Rachel to our present.
As members of the Xmen Kitty and Ray were just teammates and friends, in Excalibur they had some rivarly for Alistair Stuart (even if he fancied Rachel, not Kitty who was 15yo at that moment while Rachel was around 18-20 or so) but their relationship never moved any step further than friends.

Rachel's sexuality is something that has not been touched too much over the years, I dont think Alistair and Ray did have anything at all at the end and Korvus was the only lover Rachel we actually saw having some intimacy with.

However, this issue seems to set up something...

Rachel and Kitty share a look and a smile that could, potentially, mean a lot and pick up whatever Claremont tried to tell us during Xmen The End.
Illyana's song (as you have noted, i had totally missed it) could be also very meaningful... yet Kate's behaviour with Illyana is not as warm as we could expect, as Kate quickly dismisses her saying: "you should come and hang around the Marauder some time" which is very vague and friendzoning.
Are they setting a new love triangle?
This is very interesting and its a massive development that hasnt really happened in lots of years, as Rachel dating Kurt was awkward and wrong and Kate dating or proposing Peter was underwhelming.
Top

My guess regarding that song is that is not "De contrabando" that delicious illicit affair song by Jenni Rivera, but instead a more traditional mariachi song "Cielito lindo", that has the line "De contrabando", in the context of your black, smuggled eyes, and wy i believe its that song its because Illyana arrived with a Mariachi band, and Jenni Rivera's song is not usually played with mariachis, and "Cielito lindo" is a MUCH more famous song, that makes sense for someone like Leah to have heard before, and particularly David Baldeón (who is not mexican, but spanish, juts FYI)

Having said that, while "De contrabando" is an overt flirty song, Cielito Lindo is used in an affectionate instance given its popularity, like you can play it to your friends or family at their birthdays and such, BUT it is a romantic song, and particularly the last line mentions "that mole that you have, cielito lindo, next to your mouth, dont give it to anyone, cielito lindo, cause it is mine" .

So, in conclusion, definitely romantic undertones in either songs, but in the case of the latter, it can be interpreted due to the use of the song, as it being a popular celebratory song.
Legion: I will circle around you until the stars die an the world has forgotten what makes us different, and I will shatter any future that dares to divide us.
Top

I have been jokingly shipping this for years. Especially Illy/Kate as it seems like Magik was always holding back romantic feelings and it would make sense if it was because she had long ago fallen in love with her brother's off and on girlfriend and didn't want to hurt her relationship with Big Brother.

All in all this is still my favorite X-Book.
Formerly Known As RingOtaku
posting vlogs and game streams at: https://www.youtube.com/user/gotyoursomething/videos
Top

What if the story leans into a Kate/Rachel pairing and this coupled with what is happening over X-Force, is what makes Magik finally snap?

Spoiler: show
treating her brother and possibly her as well in upcoming issues (speculation)

culminates in a full heel turn in Illyana.

Of course I doubt this would happen given the status quo and popularity of Magik but I think it would be interesting.
Current Pull List
Hickman's X-men, Runaways, Champions
Top

Y'all this is Xi'an erasure!

That said, what a fun issue. My sister's fave is Kitty, so this was a LOT for her since she sees a lot of herself in Kitty and has been reluctant to get some of the queer subtext, but bi Kate is 100% the best direction for the character. I like an Illyana crush but would prefer Kate and Illyana to remain friends because they're a bit more like sisters in my eyes. Kate/Rachel, Kate/Shan, Kate/some rando chick is fine with me. Honestly I just want Rachel to be full on lesbian. She is NOT bi in my eyes.
Top

I wonder after reading this what would the penalty be for a mutant killing another mutant? Technically Shaw believed there was a good chance that Kate would not be resurrected.

I thought though in X-men the end that Kate had married someone?