Blink and you missed her! Confirmed as alive after many years only to be killed again (off-panel, no less), Siena Blaze and the Upstarts reformed briefly during the "No More X-Men" arc. Given the circumstances, her fate is by no means certain, and the Mistress of the Electromagnetic Storm may return yet again at some point in the future.
https://uncannyxmen.net/characters/siena-blaze 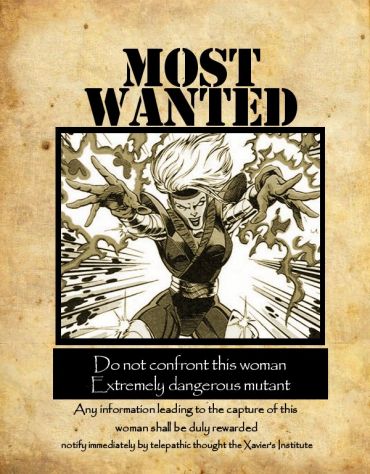 Why not contribute to one of our sites? The pay is non existent, but vacation allowance is fantastic!
Top

Is this the first time that an article has been created and updated in the same year?
Current Pull List
Hickman's X-men, Runaways, Champions
Top

I think there’s an error. The data page says her first actual appearance (not Stryfe’s Strike File) was Uncanny #301. But the biography and the issue checklist show Unlimited #1 as being set before that. According to UXN, Both issues have the same cover date (June 1993).The Uncanny appearance has dialogue that refers to the Unlimited story in the past tense.

Unrelated, but the not-quite reveal at the end Unlimited #1 was the first development in the chain of storied that led me to quit X-Men. I felt that retconning X-Men #3 so that Magneto was alive was a betrayal of CC and his swan song. It was all downhill from there to AOA when I quit altogether.
He/him/his
Top

It was something that confused me as well, so a while back I did research on the release dates for UXM #301, X-Men Unlimited #1, and Uncanny X-Men Annual #17. Not just the month, but the week of release (as they were all June 1993). They arrived with UXM #301 on the first week, UXM Annual #17 the third week, and XMU #1 the last week.

Now, I'm only going off a website's archived data for that information, so maybe the issue did come out in a different order in reality. There's precedent in certain examples, though:

Gambit - Uncanny X-Men Annual #14 apparently arrived earlier than UXM #266
Carol Danvers debuted as Captain Marvel in Avenging Spider-Man #7 instead of the actual event in Captain Marvel (7th series) #1.
Jim Rhodes was seen as the Iron Patriot in Gambit (5th series) #13 before his debut in Secret Avengers,
etc.
"If you want to tell people the truth, make them laugh, otherwise they'll kill you." -- Oscar Wilde
Top

Well, your research is likely more reliable than my 25-year-old memory, but all these years I’ve “known” Blaze’s first appearance was in Unlimited #1 based on reading the books at the time. I ain’t gonna change my truth based on your research! ;p

(I do remember Gambit’s out-of-order introduction though. I was a new comics reader, and it was among my first lessons in sorting out these kinds of glitches).
He/him/his
Top
Post Reply
5 posts • Page 1 of 1