The early 2000s saw a lot of Eminem wannabes and Phat was the archetype. Sporting street gear and consistently acting like something he was not, Phat eventually came to terms with himself. His close relationship with Vivisector made him realize he was homosexual but ultimately the two were better as just friends. While many people lumped the pair together as "the other two members of X-Force," Phat ultimately proved to be one of the more heroic members of the team. Phat took his one shot to seize everything he ever wanted and captured it. This Thanksgiving, expand your knowledge and your waistline in tribute to PHAT! 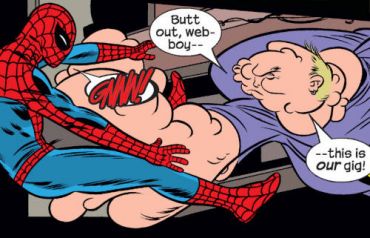