Russia's answer to the Avengers, The Winter Guard was formed by uniting members of the government's previous super team and a group of exiled heroic mutants. The team was later restructured to a core team of four iconic members - but who was really under their costumes? And did anyone even care? Times change, and the Winter Guard once again comprises a large team but with some dubious motives and methods.
One thing remains the same though, the Winter Guard always do as they are told...mostly. Read all about the complicated history of Зимняя гвардия! 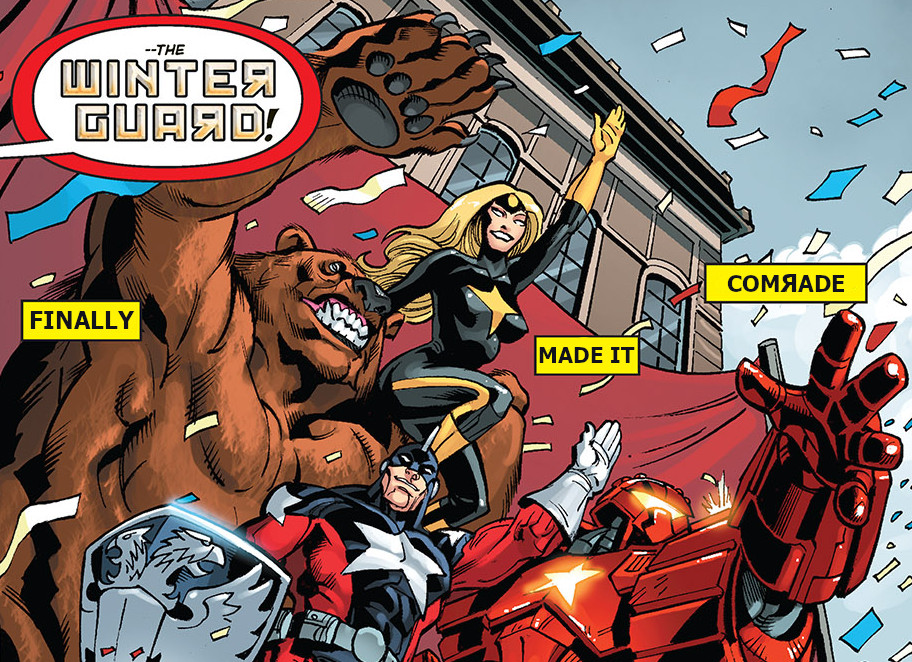