Want to invite new players to your role-playing/ Draft / Betrayal game?Needing help starting one? want to join one? This is the place to talk and participate
Post Reply
430 posts 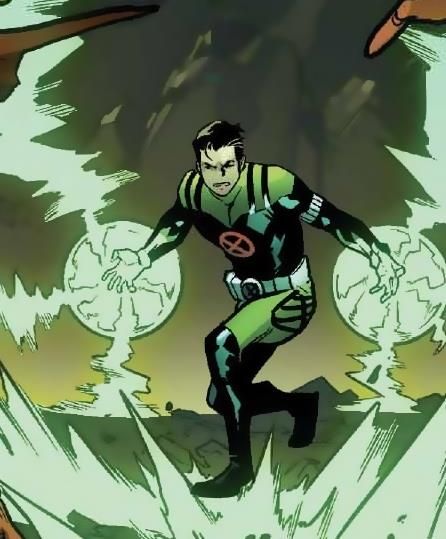 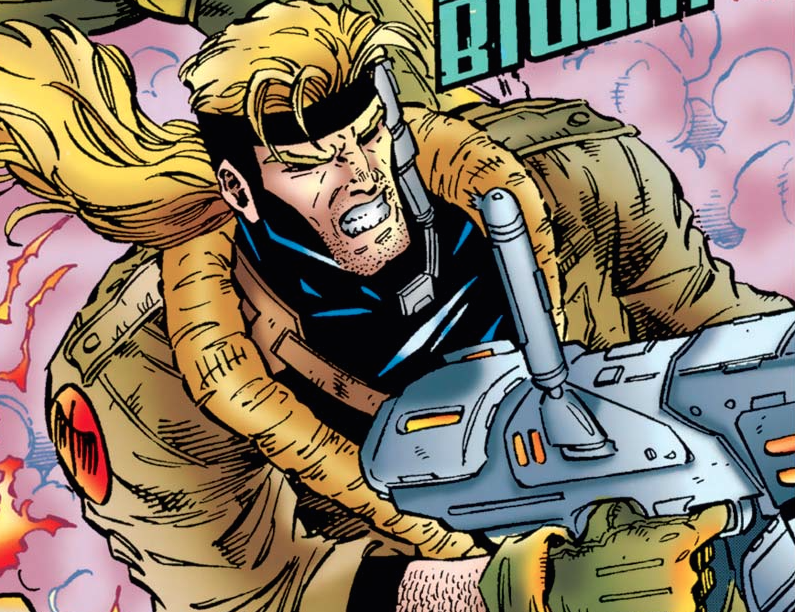 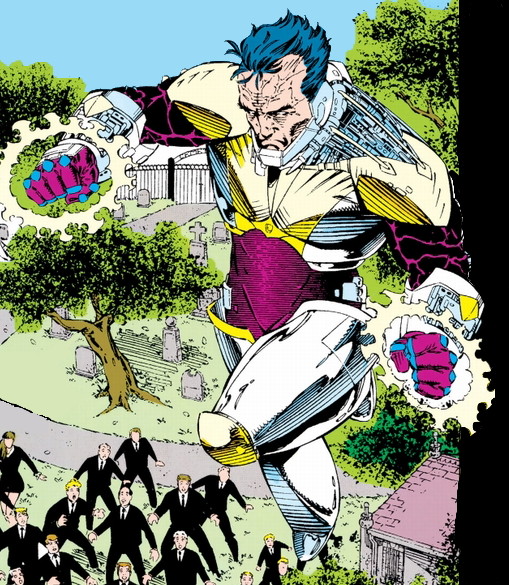 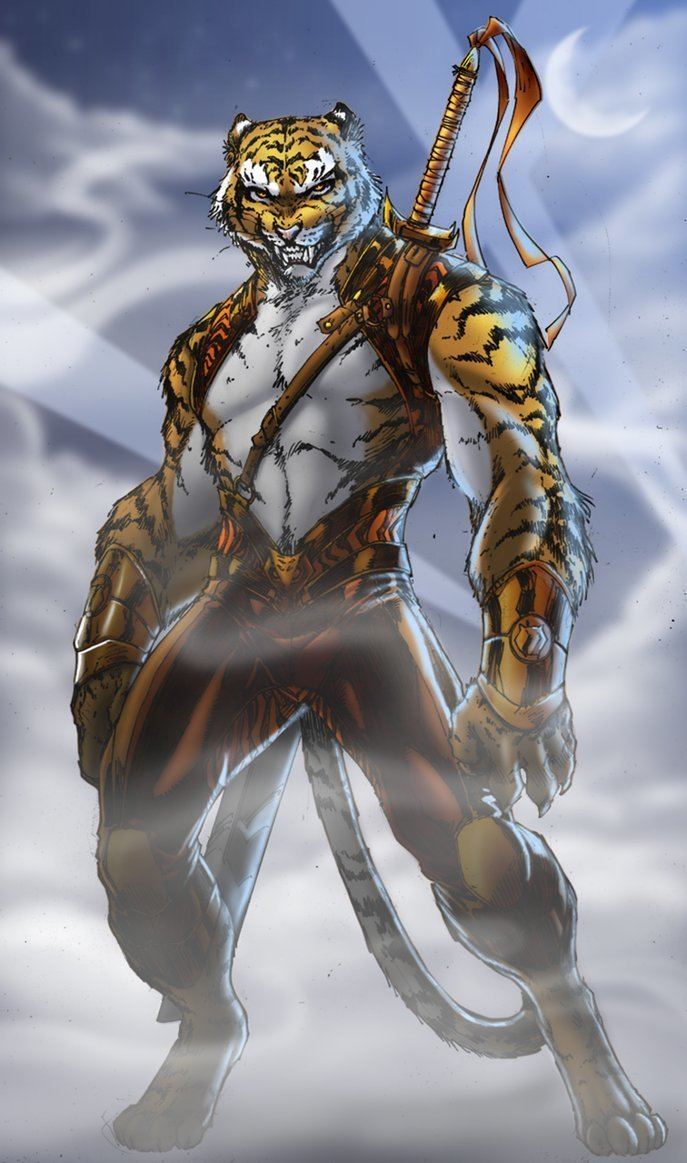 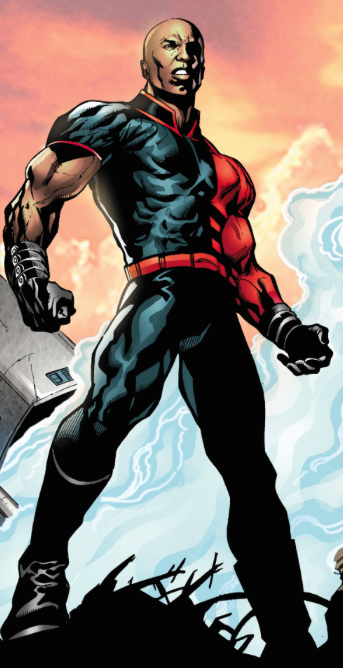 There was only one image of him playing tennis in air, so I improvised a little.

I will write a little story later, my pc is processing that big windows update and it takes forever.
Top

I googled him too, and found that it's a much older character, with the first of his three appearances being in Morrison's run in New X-Men #123. That's where the imagine of him playing air tennis is from. Hard to imagine that it's already been 18 years since that issue was released. He was never named in any issue, that part comes from the handbook again.
[PL_2.0]
Top

And my final pick is Network

Okay and here's my vague idea for a team, with the caveat as I only read unlimited I am 6 months behind, so it may contradict some recent issues!

Mystique is tired of Xavier dodging her and decides to enlist the help of No-Girl to influence the 5 and resurrect Destiny in secret. It turns out there’s a very good reason Moira didn’t want her around, and with Destiny's guidence they have their own agenda to follow and they pick recruits for their cause. Sway who hasn’t been most comfortable living on the island that killed her or trusting of the people that sent her to her death has no strong ties to a lot of X-Men. Layla Miller who knows the cost of resurrecting people. Her teammate Darwin has ties to Sway and Layla, he has optimistically followed Xavier beforebut has also explored a darker side. Needing to teleport off the island easily without relying on Krakoa gates, they resurrect the more experienced U-Go Girl (Edie) who again has little ties or loyalty to long-sanding X-Men. Edie in turn asks to recruit 2nd teleporter and hopes to bond with her daughter Katie, but she is not too happy when Katie appears to see her motherly figure as the other blue member of the team. Mortis Lois London also connection to death, while playing more nicely these days, does take some satisfaction that her sisters perfect utopia not being as it seems. Synch who was uncomfortable with being resurrected and suffered some trauma from that and while having his friend Skin help at first, the trauma re-emerges he begins to question the ethics of both their ressurrections and the reasons behind them. Destiny needs help figuring out her visions and recruits Blindfold who she has connected with in the past. Finally Network will be useful as technopathic the team need someone that control technology and with no big ties to the x-team and she knows Mystique's team will be more likely to ressurect her sister Preview. As some of the team has been resurrected covertly there is a split in bases as the pre-cogs must stay hidden.

So I lost 2 characters, instead of Darwin originally I wanted the Petra and Sway team-up of being uncomfortable on Krakoa and maybe some resentment of Moira and Xavier. Then Dead Girl I was thinking in the Layla Miller role,and she would have the connection to Edie, but thinking Layla may fit in better over all.
X-Editorial Draft: Prodigy, Vange Whedon, lil' Iceman, Wallflower, Cecelia Reyes, Mimic, U-Go Girl, Doc Samson, Nature Girl
Top

Locus as the team teleporter 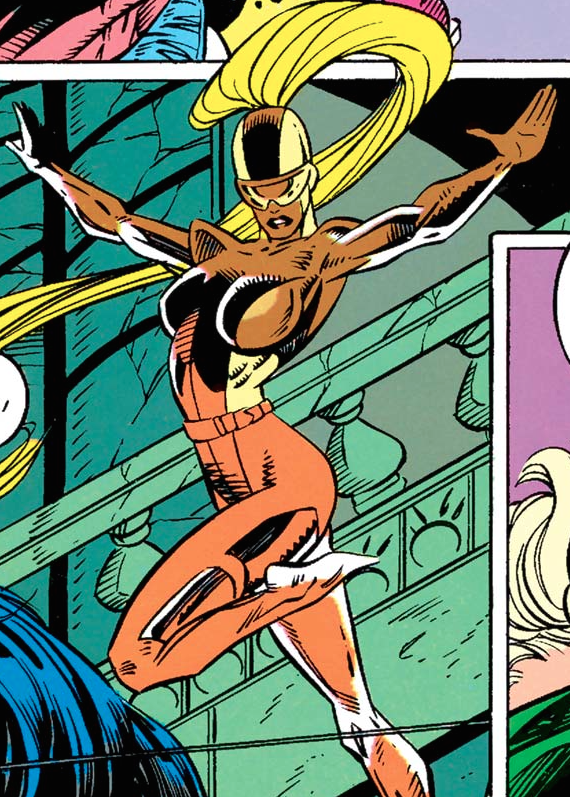 Berzerker concludes and I forgot to write a backstory. 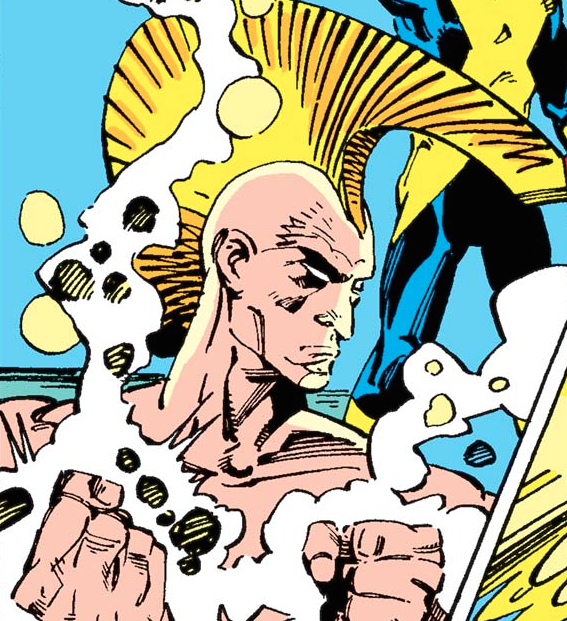 We have reached the Final Round!

Great to see the teams starting to conclude and loving the concepts posted so far. Can't wait to read everyone elses.

Here are the teams so far:

It's been approximately 48 hours since the last pick. I messaged Wings yesterday so we will skip him for now. Gardien is free to make their final pick.
Current Pull List
Hickman's X-men, Runaways, Champions, Immortal Hulk, X-Factor, New Mutants, Hellions, Marauders
Top 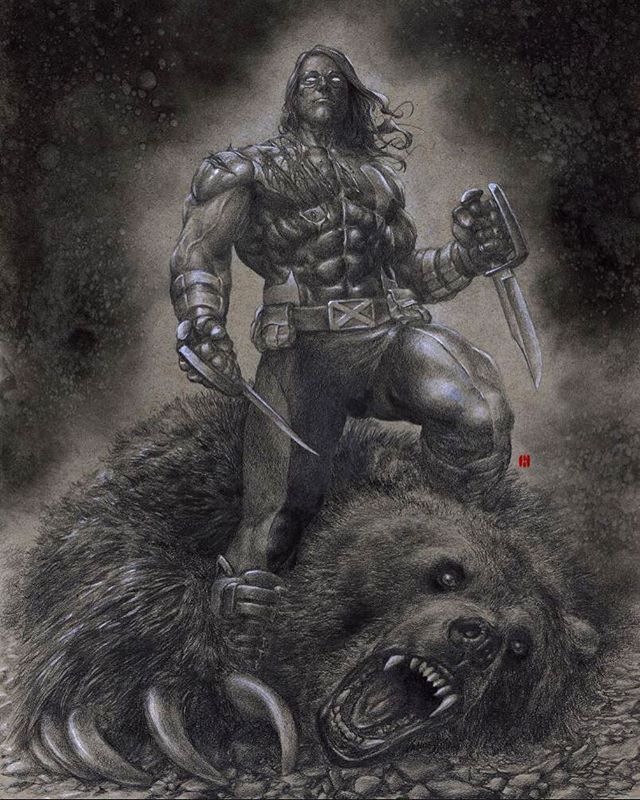 MMMy original concept was going to be Rogue and Emma prepping the Sextant to be the new line of educators but quickly realized that a lot of,people had favorites amongst the past students of Xavier so i switched gears to them protecting the garden of Krakoa. After all a Queen needs to protect her kingdom down to the smallest petal. Thus the idea of the Gardiens was born.

White Queen Emma has seen the constant rise in issues regarding petals being poisoned or those blasphemous Hordeculture still piggy backing on the gates harming mutants along the way. She has also noticed the total toll of having Krakoa speak to one or two people as Trinary has presented the information she and Nature Girl gathered to Jean Grey. Black Tom is drowning himself in Krakoa. There are other mutants who can heed the call and The Quiet Council agree. It also respects the law to Krakoa as allowing it to have more of a voice amongst its own people.

Thus, the enlistment begins.
Day 1: With Trinary heavily influencing the team, and at Jeans behest, it was only natural to bring her on board along with the newly renamed Gardien. This though brought upon a revelation. Yes, there were others but none of her seasoned teammates had the gifts required for such a specific task. She takes on Rogue first explaining the team and her fear that she is placing people in,dangerous positions without the proper training. Emma humbly admits that the word on the grapevine might be that she and Miss Anna might be on the same bar when it comes to educating mutants. Rogue revels in the moment and agrees. She can help teach the team how to hone their skills. And she has an idea. Rogue knows Someone who owes her a favor or two from her Avenger days if they need help getting around.

Day 4:
No word yet from Rogues associate didn't stop Emma from speaking with Mondo by request of Xavier. Mondo express He would be happy to help as long as he could get away a minute from the older new mutants. He wanted to be useful not used, and it was how they made him feel. Emma knew his stint with them had him seasoned enough to care for himself but knew his ability would allow him to merge with the surrounding soil and create a bond with the island's gates. At was at nightfall when the fiery hothead Hope Summers barrels into The Red Keep demanding to speak with Emma. Through Hope's psychic link with Rogue she knew the kind of recruits she had in mind. She scolded Emma that although she and the Five can bring people back doesn't mean they should throw mutants onto grenades, Emma, knowing how Summers are surprisingly stubborn, agrees and offers Hope a chance to train her fellow mutant. Hope agrees to the position.

my whole concept has been lost, i somehow had to log-in new and then my text was gone.

basically, my title is called "New X-Force", and it deals about the Advocates, and other X-Men who all have some doubts about the Krakoa rules and rituals.
Top

I hate when that happens. Sometimes there's a site hick-up, or you just took too long to write a single post, which the forum software then misreads for inactivity....

It's why I either write longer posts in Word and then just copy them over, or - when I write them in the reply field, I mark and copy the entire post before hitting submit, so that I can easily restre it if something goes wrong.
[PL_2.0]
Top

My title is called "Uncanny Flight"

Canada grants Krakoa the wish for a Krakoa Gate, under the condition that a trained team of Krakoan and Canadian mutants forms, primarily for defending the Canadian boarders and supporting the Flight teams.

Storm, with Bishop, Grizzly, Double Trouble, Manikin, and Armor are the first group to form, expanding the roster with rescued mutants in Canada.


Sycamore - after leaving X-Statix, he moved to Canada, living in the deepest forest grounds, finding his place in the world. Got corrupted by the Entropic Man, he was finally freed by the Uncanny Flight and joined the team.
Sirocco - working with Department H he is the ambassador to the Middle East and fighting of terroristic attacks.
Maverick - going undercover, he has something to settle with Weapon X.
Mastermind (Martinique) - being used as a puppet by the Great Beast Ranaq, Martinique unwillingly created a commune of loyal followers of Ranaq.
After her escape, she sufferes from nightmares and still hears Ranaq's voice.
Pipeline - survived the attack on Genosha by digitalizing himself, but was captured in a signal loop for years. When Department H salvaged technology from Genosha, Pipeline went haywire throughout Canada's communication devices. He wasnt able to communicate or rematerialize.
Berzerker - Brought in by the team, he was able to finally locate and capture Pipeline's data and transer him into a device until they can help him becoming human again.
Top

Oh God sorry I completely forgot. There are a few things bothering me right now and I didn’t pay attention. Sorry. 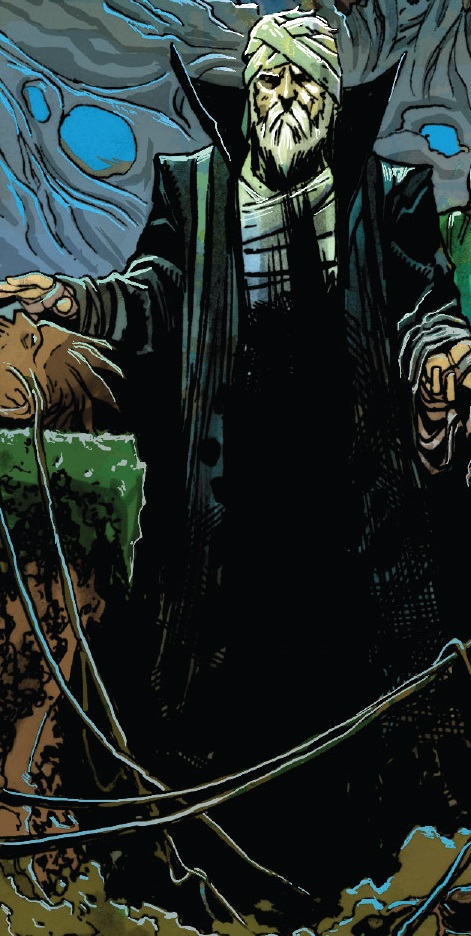 Just in case not everyone checked the Random Thoughts thread, as the former RingOtaku, I apologize for vanishing. I've stopped being able to get on the forums just before the draft began. Glad to see the draft was enjoyable regardless.
Formerly Known As RingOtaku
posting vlogs and game streams at: https://www.youtube.com/user/gotyoursomething/videos
Top

Welcome back!
"You can leave your valuables here
with me," he smiled.
Top

BardicOne wrote: ↑
20 Aug 2020, 02:34
Just in case not everyone checked the Random Thoughts thread, as the former RingOtaku, I apologize for vanishing. I've stopped being able to get on the forums just before the draft began. Glad to see the draft was enjoyable regardless.

Don't worry about it, it had little effect since you never made any picks to begin with. We are just glad to know you are ok.
Best Comics of Week 28

The final member of the Shadow Council is Darkstar. As a long-serving member of the Russian super team Winter Guard, she has contacts inside the anti-mutant intelligence apparatus. Perhaps the largest and most powerful anti-mutant political regime in the world, her counsel is invaluable to the preservation of their fledgling mutant society. 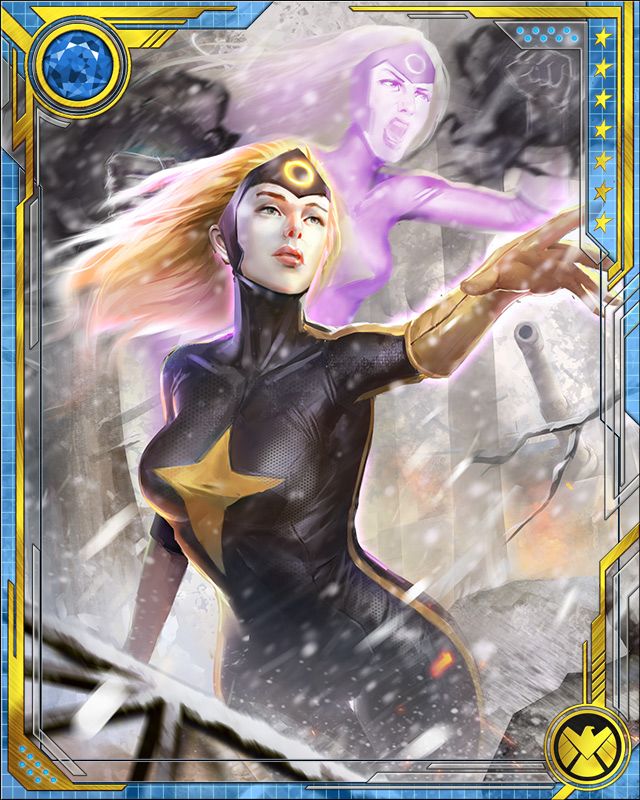 "You can leave your valuables here
with me," he smiled.
Top
Post Reply
430 posts