Defenders For A Week

Want to invite new players to your role-playing/ Draft / Betrayal game?Needing help starting one? want to join one? This is the place to talk and participate
Post Reply
72 posts 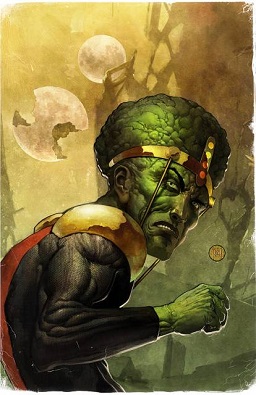 Wow, Nebulon is a great choice, I wish I would have thought of him...

Actually, I wanted Loki, but as token stole him, I have to go with Ian McNee 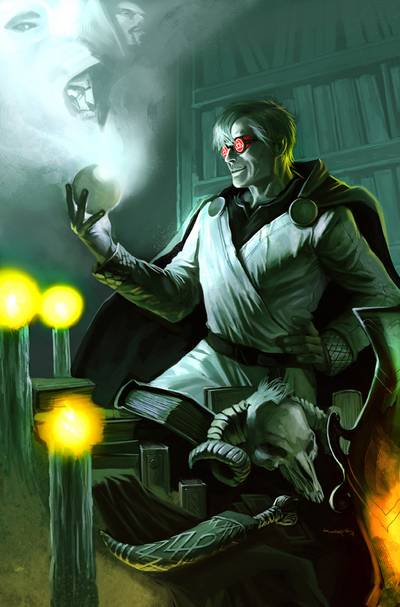 My next team member is Angel. 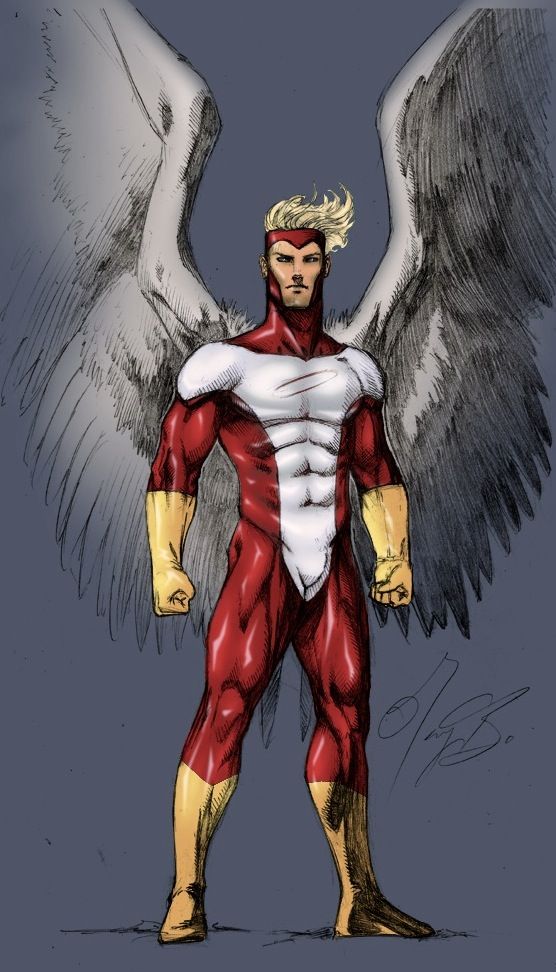 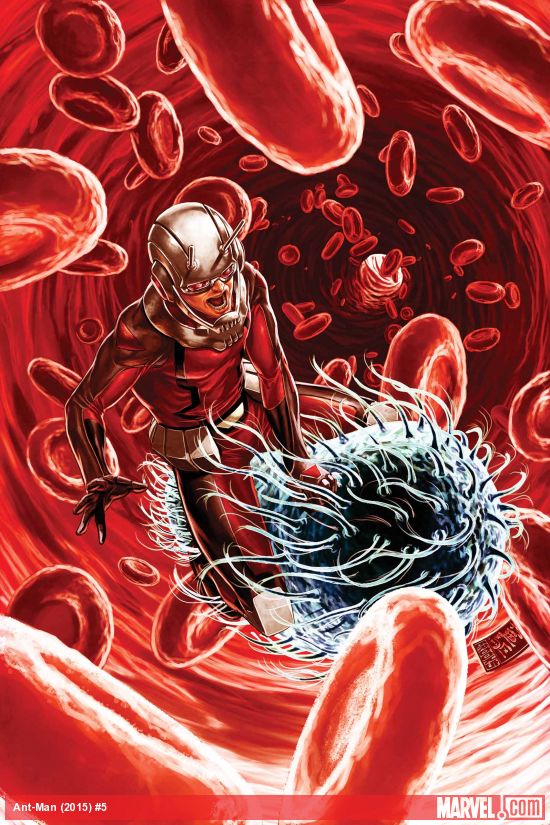 Actually, I wanted Loki, but as token stole him, I have to go with Ian McNee

Thanks. I think that Nebulon is such a zany figure. I miss those days.
Up until a couple of weeks ago I wouldn't have known whe Ian McNeel was until I read an old story of Dr. Strange. Cool pick.

As for the fifth member of my team, I'll have the monster huntress from the British Isles herself! 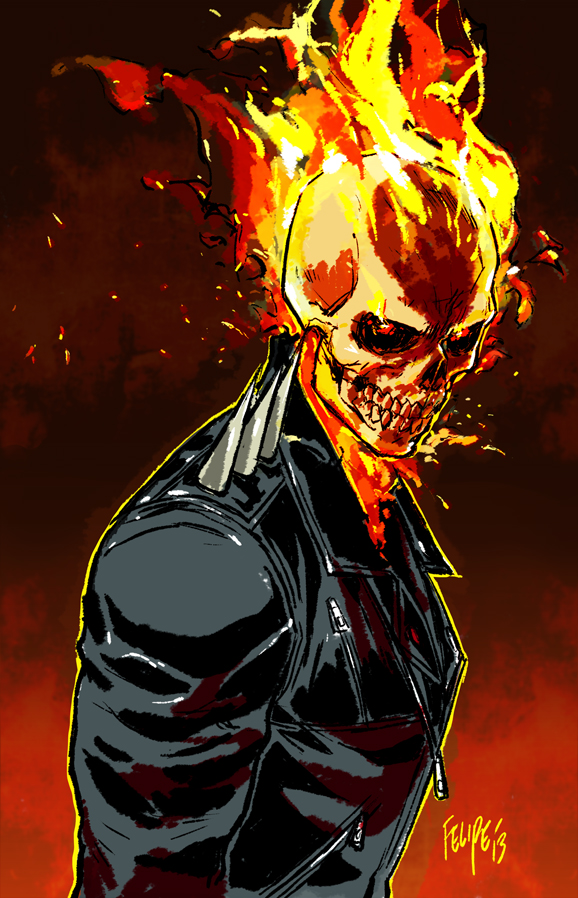 She Hulk (painting by me!) 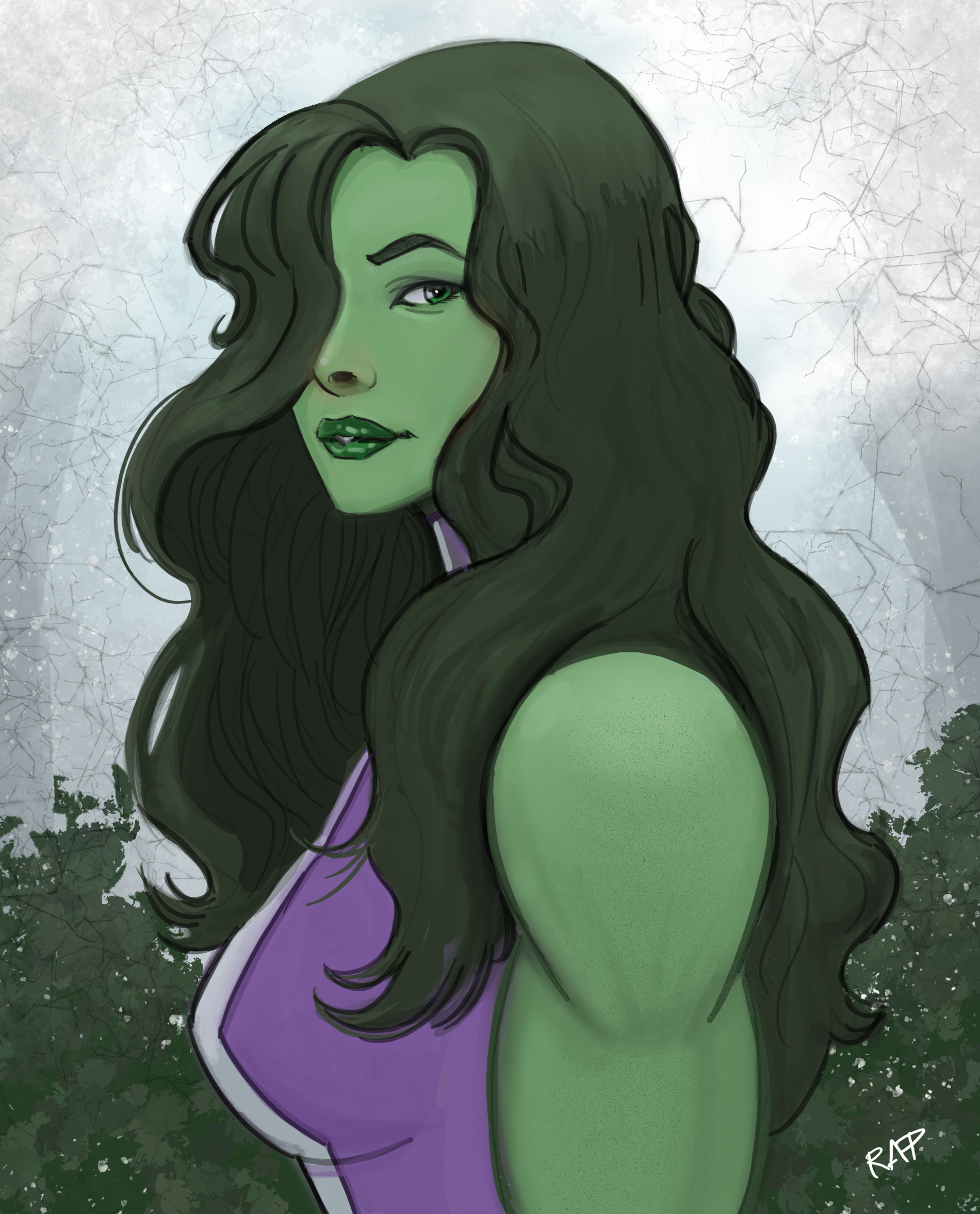 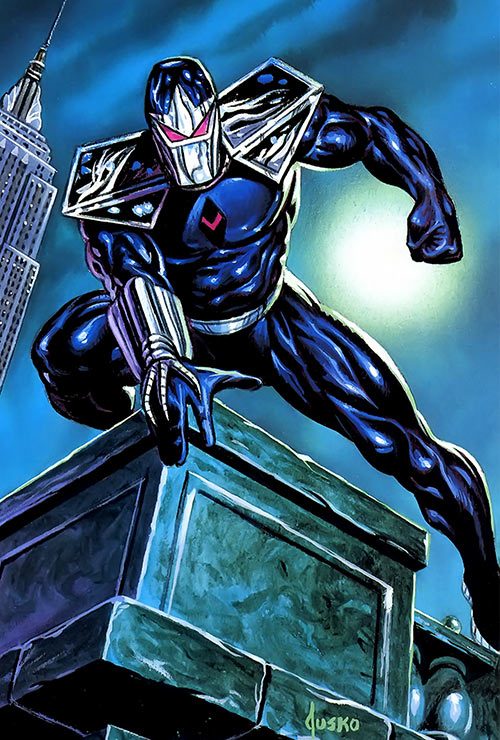 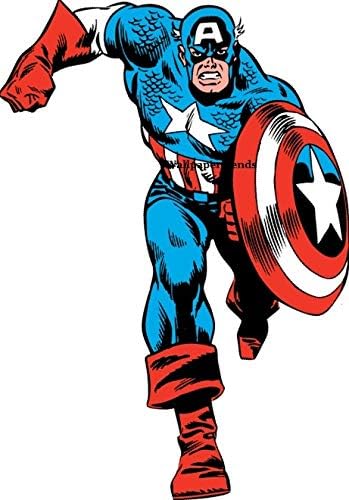 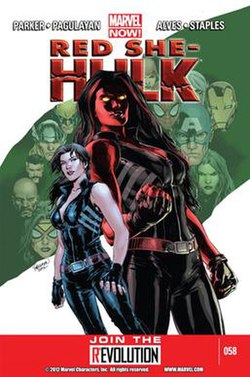 Red She-Hulk rounds out my team

More later, if I remember.
"Sometimes I do feel like I'm a failure. Like there's no hope for me. But even so, I'm not gonna give up. Ever!" -Izuku Midoriya
Top

The Defenders for a Night!

One More Round To Go!
Formerly Known As RingOtaku
posting vlogs and game streams at: https://www.youtube.com/user/gotyoursomething/videos
Top

I've got a team full of bruisers, I better take someone to ground them a little bit.

Give me Iron Fist.

My final member is Dagger

Recent events have caused Matt Murdock to give up the superhero life. He fully commits to saving people another way: through the priesthood. That is until one day the Vatican contacts him. Exorcisms have been portrayed as something of superstition but demonic intrusions into our world are very real and must be dealt with by a secret order. With these events becoming more prominent in the modern age and superheroes seeming to have much contact with other realms, the Vatican reached out to Maria Hill to perhaps get help from the powered community. And she gave them the secret identity of someone in their own ranks: Matt Murdock, the former superhero Daredevil. They want him to gather a team of other powered individuals to handle exorcisms for the Catholic Church. They also decide though that the seriousness of the threat means they must join forces with the Anglican Church. There is a representative there he is to reach out to: a Dr Ludgate. After a life of studies in ancient druidic rituals, becoming Doctor Druid, he also has branched into some of the texts of the earliest practitioners of Christianity and its intersection with pagan ritual as well. Now having taken up a position studying relics in the Anglican Church, he will partner with Reverend Murdock in this new task. They recruit Sepulchre, someone who has personal experience becoming entangled with demonic entities. They also need someone who could credibly infiltrate satanic cults and find it in Devil-Slayer. Upon finding those who may be possessed they find that Ghost Rider has a penance stare capable of drawing out demonic entities, and Dagger when blessed has a purifying light that can dispel them forever. Together they are the HOLY DEFENDERS.
Best Comics of Week 36

The last recruit to fill out the ranks will be Namor,the Sub-Mariner.

When Maria Hill discovers Nebulon is in fact back on earth hiding from his fellow Ul-Lula-ns and attempting to mind control innocent civilians and turning them into his Celestial army, she enlist the help of Hellcat, who is secretly an undercover Shield Agent. Patsy goes undercover in an attempt to infiltrate Sparkle Hair's movement using her not so potent psi-talents to shield herself from the mind control.

Realising she bit of more than she can chew, she retrreats and calls in the help from her fellow Avengers. However Dr.Strange and Clea appear to be off battling Loki. Valkyrie and Hulk are somewhere dealing with Xemnu and Devilslayer and Nighthawk are fighting Lucifer and Nightmare respectively.

Desperately in need of some assistance she reaches out to her former husband. Daimon Hellstrom in the hopes of exorcising the extraterrestrial threat. The Son of Satan agrees and decides to call in the help of some specific tailormade assistance. They rely on the monsterhunter skills of Elsa Bloodstone in order to track and hunt Nebulon and his nefarious group of Ne-bullies. Armes with a magical compass, she pinpoints their location and uses her genie in a lamp to teleport them to the threat. Gargoyle biomystical energies counter and weaken Nebulon's hold over earth's biosphere, while Cloud constantly bombards him with their lightning,while avoiding his blasts by keeping their gaseous form.

When Nebulon is severily weakend he transforms in his Ul-Lula-n form and tries to.flee by diving into the sea,which happens to be Namor's domain. Together they defeat the nefarious alien and hand him ovee to the capable hands of S.W.O.R.D. 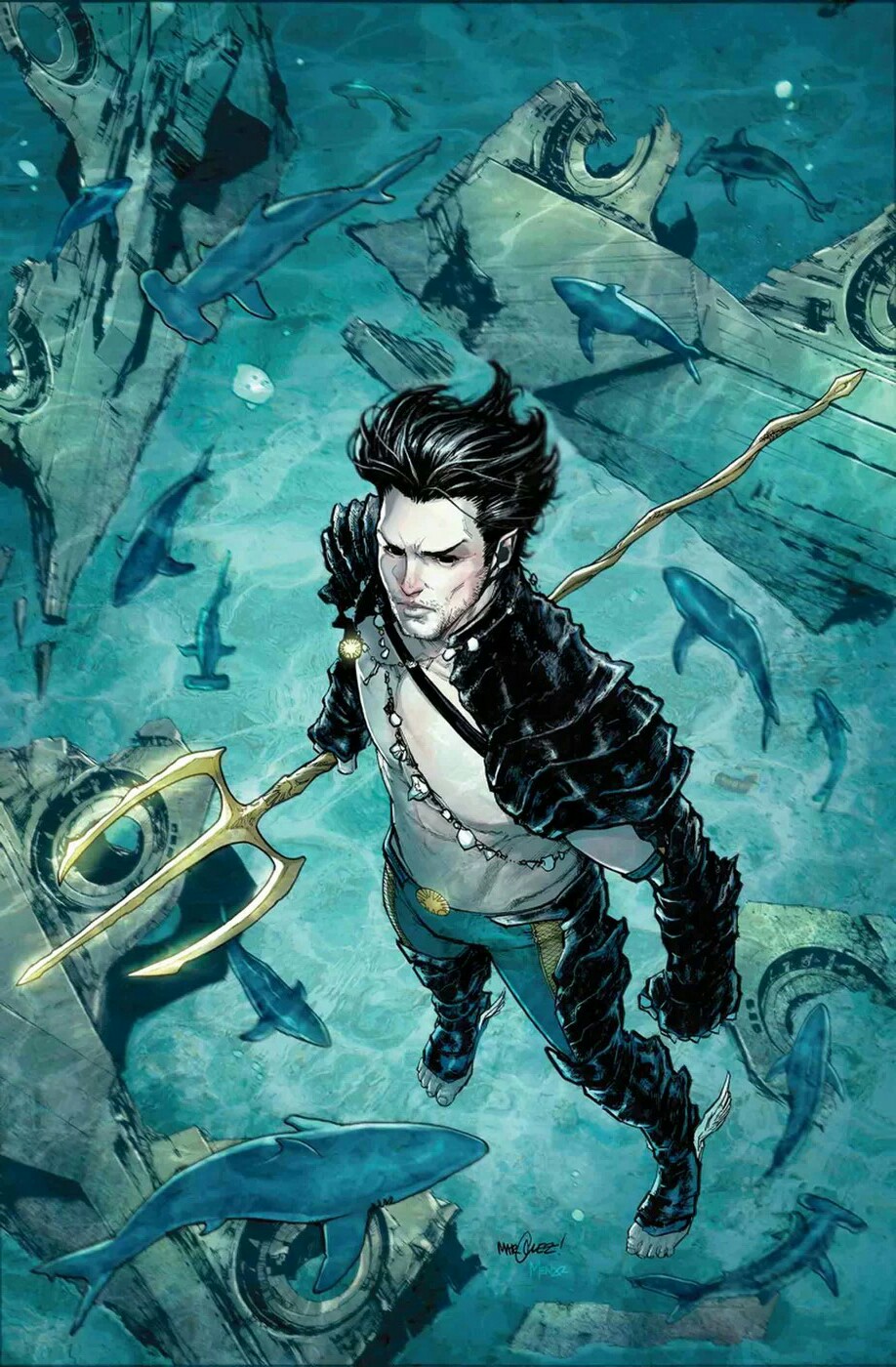 The Leader's latest maniacal plan is to kidnap prestigious heroes - Iron Man, Captain America, the sensational She-Hulk, the original Ant-Man, Hank Pym, Bucky Barnes and the original Spider-Woman, Jessica Drew - and use his Hominids to impersonate these heroes to commit hideous crimes to damage the legacy of these heroes reducing the trust that the public have in these as part of a complex and long-winded plan to...

With some of the world's greatest heroes out of action and their heroic reputation in tatters, it's time for a fragmented group of remaining individuals to get to the bottom of these impersonators and free their forbearers, whilst returning to identities some had long since given up in a bid to restore the public's faith in costumed adventurers..

Lyra once again becomes the savage She-Hulk
Rhodey abandons his War Machine armour for a retro Iron Man alternative
John Walker once again becomes the 'official' Captain America
Julia Carpenter abandons her Madame Web identity to once again become Spider-Woman
Nomad's return to the death mirrors that of the Winter Solider, so it's only right that Jack Monroe dons his long forgotten Bucky tights
Brought together by arguably the most long-tenured Ant-Man and most well-known 'legacy' hero, Scott Lang.

My final member is Andromeda. 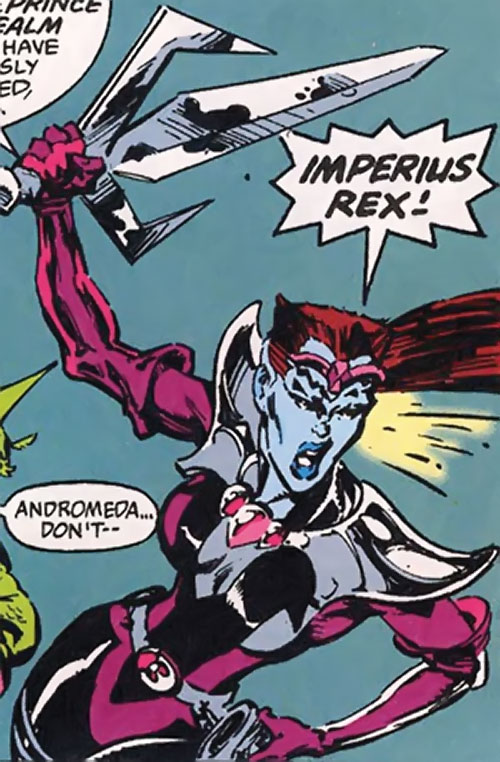 
Ian McNee has never gotten over the fact that Stepehan Strange was chosen to become Sorcerer Supreme over him, when clearly - at least in his mind - he was the more deserving and superior candidate. Ian becomes fixated with the idea of taking the mantle of Sorcerer Supreme away from Dr. Strange and eventually decides that it wasn't Dr. Strange's magical powers and skills that made were the deciding factor, but the company he kept.

Among the Defenders, Dr. Strange had faced magical and non-magical opponents alike, and his often unstable allies would force him to think out of the box and come up with spells and solutions on the fly.... and Ian lacked any similar experiences. As such, Ian is set out to create his own set of Defenders.

Taking a new spin at the Tribunal/Elf with a Gun prophecy, that forbade the original four Defenders from ever teaming up again in order to avoid a catastrophic event, McNee convinces Maria Hill of an imminent magical threat that would require the seven main-stay members of the original Defenders to fight it, but at the same time set a terrible curse in motion if those seven would band together. Instead, McNeed proposes for him to gather a group of more loosely associated Defenders who are able to stand in for the originals, as set of Mirror Defenders so to speak:

Ian orchestrates for his new Defenders to fight some of the same foes as the original team, hoping to make the same experiences that Dr. Strange did. However, as the Ancient One keeps rejecting his demand to finally make him Sorcerer Supreme, Ian grows more and more deranged. As his team is starting to sense something is off, McNee begins to magically influence them and binding them to his will. It all climaxes in a huge fight between Dr. Strange's Defenders against McNee's unwilling mirror Defenders. Who will be left standing in the end?
[PL_2.0]
Top

Thanks BardicOne for hosting this! The Defenders by their nature are a somewhat random team and the list was all over the place, but I ended up doing one of my favorite themes I have ever had in a draft with my Exorcist-inspired team. I enjoyed it!
Best Comics of Week 36

Thank You For Your Kinds Words Cable. I hope everyone enjoyed.

Your Final Round Results:

I had no idea what I was going to do on this game as it's a very odd bunch of characters, some of whom I'd never heard of. I had an idea for a supernatural theme too but being late in Round One and losing Strange and Hellstrom forced me down a different route but I must admit, Cable's team and concept has given me a case of the green eyes. Well played sir.

I'm fairly pleased with my team of legacy successors, but it kinda turned unintentionally into a version of Force Works with USAgent, Spider-Woman and War Machine, and I could totally imagine Lyra and Nomad on such a team

Agreed - very enjoyable, nice little draft with a good pace. Thanks Bardic. If anything, I'd have added a wildcard round to give a nod to the "anyone can be a Defender" non-team appraoch from the old days.

The character mix was a bit odd due to the various different uses Marvel had for the the Defenders name, and I too struggled with finding a good approach. Hands down, Cable definitely came up with the best concept. My own theme would have worked better/been less complicated, if I had gotten Loki as a villain.

He would have simply magically disguised himself as Dr. Strange and recruited the rest in an attempt to mirror the original team's founders and mainstays. My only other idea was to create some sort of Infinity Watch, with six Defenders watching over six Infinity stones, but I found noone really suited for the time stone.
[PL_2.0]
Top

Loki ended up being my pick as a villain because... I picked from the hip. I wanted someone strong enough to be a threat, but not so strong that you're wondering how a team with Luke Cage and Jessica Jones are going to deal with them. Granted, the power of Strange and Clea does a lot in this situation.
"Sometimes I do feel like I'm a failure. Like there's no hope for me. But even so, I'm not gonna give up. Ever!" -Izuku Midoriya
Top
Post Reply
72 posts