Level 10: In this section, people will argue about all x-related topics, such as certain character ages, continuity or the nature of the Phoenix. Newbies beware!
Post Reply
754 posts

My books are now complete!

There will be significant cross-over of the students in the two titles (those that survive that is). Kid Omega, Rockslide, and Bling! all guest star in episodes of X-Statix as they seem the type to kind of like the idea of being famous. While Eye-Boy and Shark-Girl will pop up in the Hellions book occasionally. Eye-Boy will be the character that keeps barely surviving in X-statix while most of the other characters will cycle out fairly regularly as Deadpool continues to lead the young D-list mutants into dangerous situations.
Current Pull List
Hickman's X-men, Runaways, Champions, Immortal Hulk, X-Factor, New Mutants, Hellions, Marauders
Top

I'm not posting a Round 12 update because it is just time to reveal the final teams. If you have made your pick you can let your titles be known!
Best Comics of Week 18

and the villain is...

"Like one, that on a lonesome road / Doth walk in fear and dread / And, having once turned round, walks on / And turns no more his head / Because he knows a frightful fiend / Doth close behind him tread"
Last edited by OffDaCheney on 14 Sep 2018, 15:52, edited 1 time in total.
"Who X's the X-Men?"

Actually the main thing was that i wanted honey Badger starring in a basically solo main story with Carol Danvers as her mentor but then I picked Miles to flip the Spidey and Wolvie dynamic.

I wanted Bishop to be her “handler” of sorts for Kitty but settled on Husk, who I reimagine as working for the new up-n-coming SHIELD. The idea is that way back pre-SW, there were 7 potential ideal futures for the MU as talked about in Uncanny Avengers...but alot has changed and two figures that have risen as potentially having a great impact are Miles and Gabby. So Cable left a message for DaVinci to get those two together as a team. So they come together as a duo of adventurers. This is basically what they do when not hanging with the Champions or X-Men Red. Husk is the one tasked by DaVinci (while working as a mole for Kitty lol) to keep an eye on Gabby. Blindfold comes along because I imagine that she’s someone Gabby came to like and they have a fun dynamic (plus Gabby’s the only person who believes her stories about Legion).

Then as regular back-ups we follow alternating stories about Broo (who is for some reason real tight with Doop, Howard the Duck, and Gwenpool) as he does a semester abroad and Graymalkin and Weapon H, who at first werw randomly thrown together but I want to connect them through some retcons and stuff.

And New x-Men got changed due to ththe status of Cable, so I reworked it as a team brought together after Extermination by Lil Cyclops. In my pitch, as the only person without a counterpart left, he gets to stay (the restriction is that as soon as OG Cyke is resurrected he’ll be ripped back to the past) and after spending time with Hope and Kable (who had to work out some stuff) they get approached by X-Man and Prestige (Jubilee gets sent by Kitty because she wants someone not related to them to keep an eye on things) about Maddy’s return as the Red Queen. She’s the central villain and this team is hunting her down while also dealing with their family issues.
Morrison Era 2001-2005, Decimation Era from 2005-2012, Bendis Era 2012-2016, M-Pox era 2016-2017, and Resurrxion 2017-2019, Hickman Era 2019-?
Top

It just seemed your picks were constantly getting swiped in this draft by your reactions forcing you to adapt throughout!

I've got two cover mock-up to share alongside my editorial pitch but the second one's not quite finished... might be able to finish it up tomorrow but I think I've managed to get book 2 to work with the selection of Omega Red.

Last character for me is Sprite. Titles and synopsis tomorrow cause it's late and I need to sleep

X-Factor #1
X-Factor - they’ve been employed by the government, detective agents, corporate henchmen, but no matter what they’ve always been there to help people.
Now X-Factor are the mutant hub for all your problems - whether you’re newly returned from the dead and need to figure out how to get your social security, dealing with the trauma of alien invasions, don’t know if that mole is part of your mutation or something to be worried about and everything else in between, they are here to help.
Who best to head up this new project than Prodigy a strategist with vast knowledge. Joining him are Vange Whedon and Cecelia Reyes, bringing expertise in legal and medical matters, Doc Samson already has close associations with the X-Factor team and is on hand to help the team as much as he is there for their clients. U-Go Girl, along with providing transportation, deals with media and public promotion of the group. Among other things Mimic provides some muscle for the organisation which is very much needed when Sean Garrison takes interest in their newest member, his daughter Wallflowerjust returned from the dead…

All -New X-Men #1
Being the last man standing of his time travelling companions, Iceman figures it’s time to gets the van up and running, to travel, have some fun and enjoy being young. His previous teammate Oya joins him along with some new friends, who all have reasons to want to avoid the x-mansion. Sway returns to a world widely changed and has to deal with the trauma of her (so far) short career as a hero, Match tired of being pushed in the background finds his anger issues flaring up and needs something new to focus on. Primal has a need to find his new tribe and has found understanding with Nature Girl. These new X-Men will help whoever they can on their journey but they also help each other and learn it’s ok to just enjoy life at times.

I would definitely read your X-Factor, Magik84.

To keep the game running, as well as being dashing and debonair my loan pick is always suitably attired for a funeral. Rounding out my draft... 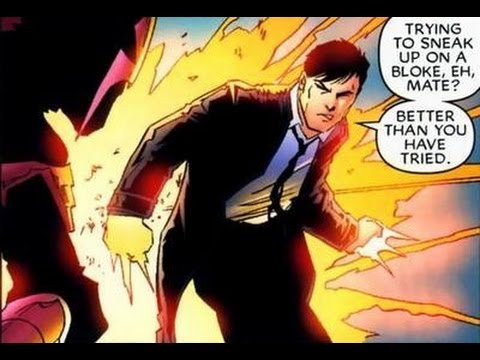 Going to comment on titles later, just posting because Spectral summoned Satan to this thread by his post being the six hundredth and sixty-sixth.
X-Centric podcast: coming soon!
Top

Thanks!
I was quite lucky with my picks this draft. I got all my main X- factor people and then All new X-men, iceman and Oya were my only 2 picks I was definite about. I initially was thinking u-go girl for All new X-men team, but then thought she could be a good addition to X-Factor.
X-Editorial Draft: Prodigy, Vange Whedon, lil' Iceman, Wallflower, Cecelia Reyes, Mimic, U-Go Girl, Doc Samson, Nature Girl
Top 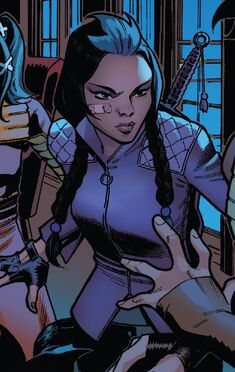 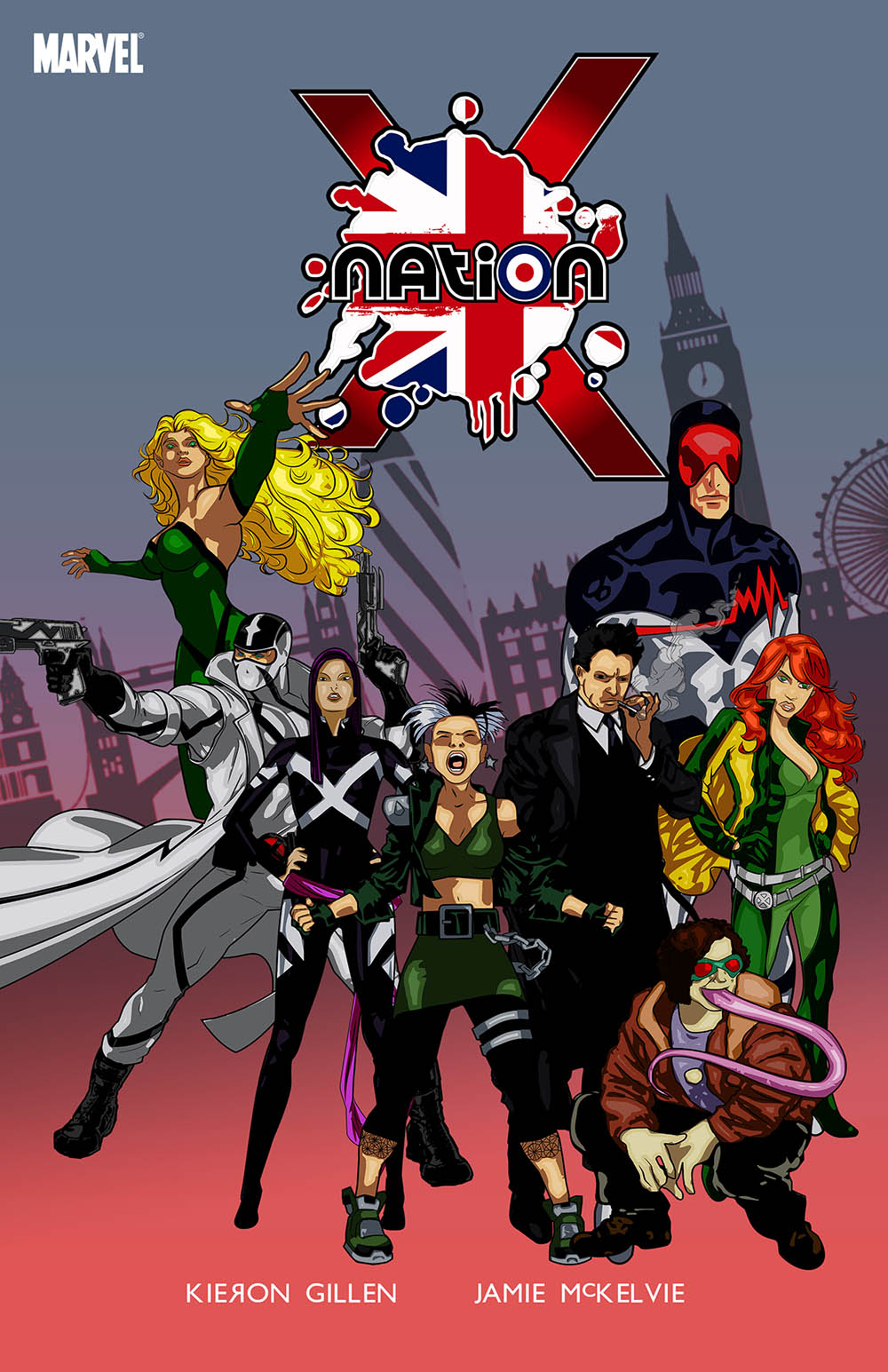 Story overview: It's sixth months after Britain crashed out of the EU with a no-deal. The country is politically divided, the economy's up the spout and civil unrest is rife. It's not so much a unified nation, as it is an Ex-Nation (or should that be X-Nation?) In addition, Britain's figurehead super-hero, Captain Britain's missing, and the budget of MI:13 has been slashed to the bare bones as the Govt tries to salvage what's left whilst avoiding a total crash. What this means is that Pete Wisdom needs to draft in a budget squad of Brits to try to keep things in-line and dealing with rising anti-mutant-immigration sentiments, with Siryn pulled in as a figure-head to try to smooth an incredibly volatile Northern Irish border.
Tone: This will be a complete and utterly shameless love letter to British pop-culture, with liberal dosage of socio-political satire. The book will examine the cultural clashes and political divide within the UK. I don't think there'll be much of a big bad on this book, but there will still be plenty of opportunities to let fists fly...even if it's between themselves.
Creative: As a book that is extremely influenced by Phonogram as a more authentic take on Brit pop-culture, it only makes sense that probably my favourite artist/writer combo of recent years takes the reins on this. 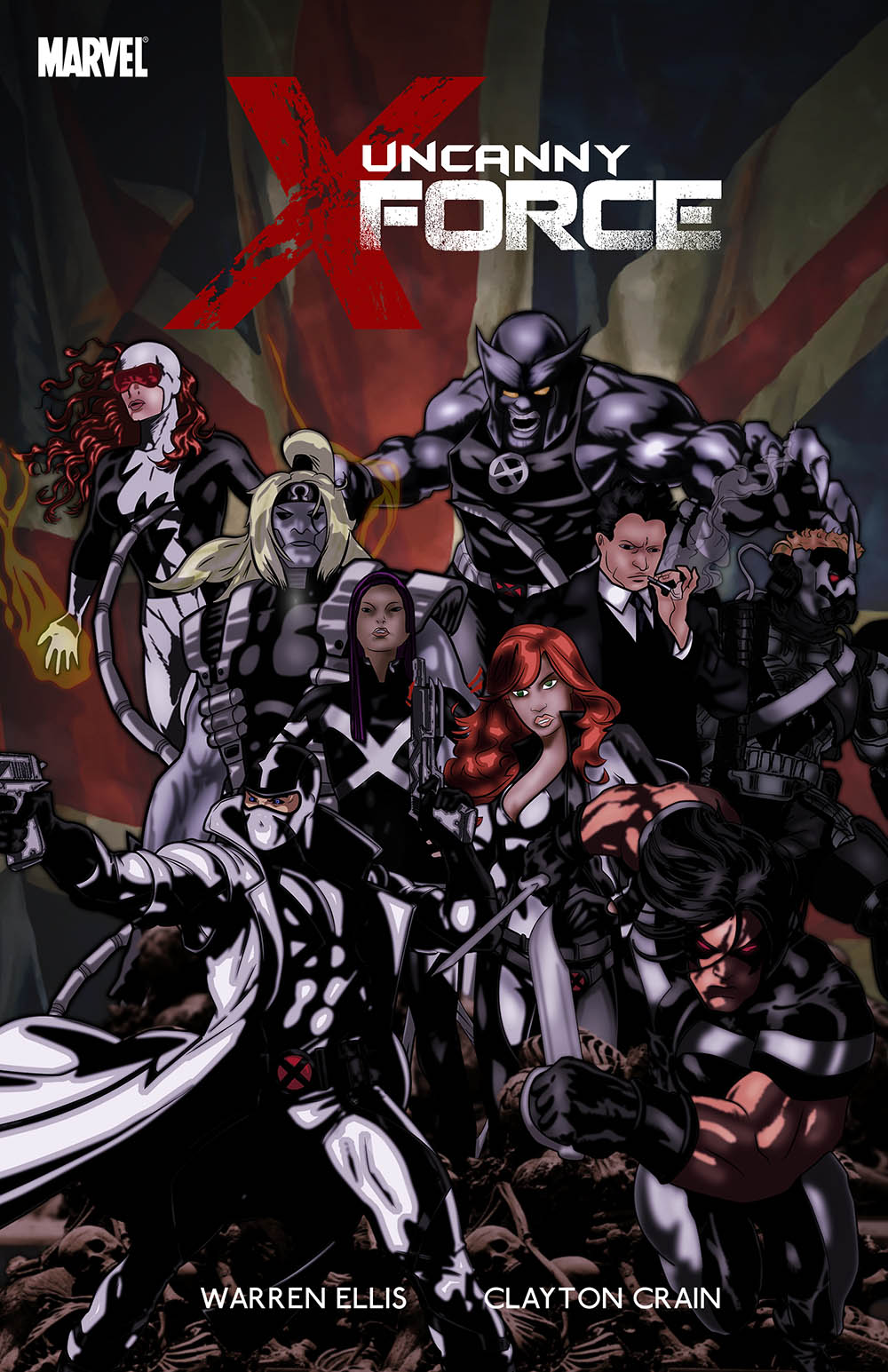 Story Overview: Pete Wisdom, Siryn, Fantomex and Psylocke know the reason why the MI:13 budget's been slashed...the secret services have uncovered evidence of rampant political interference from foreign powers and independent forces intent on causing havoc in the United Kingdom. Therefore, funding's been 'diverted' to a separate project. From the likes of Mys-Tech to the genetic manipulations of the High Evolutionary, the fracturing of the UK looks to have been instigated by many other parties. Bringing together an international hit force experienced in under-the-radar wet-works, many with links to other nation's own intelligence agencies, they are the Uncanny X-Force.
Tone: Think Brubacker's Cap, Kyle + Yost's X-Force, Ellis' Iron Man - this is a high-tech, blood-soaked thriller. Completely different tonally from X-Nation but very much thematically linked. Think of these guys as trying to right the wrongs of X-Nation but off-shore.
Creative: Warren Ellis is a Brit whose writing covers much of what I see this book looking at. And despite my initial hated of his style when the new X-Force was first announced (bleak, depressing etc.), Crain's digital artwork will be perfect for this.

So roster breakdown - the reason why I see Psylock, Siryn, Wisdom and Fantomex as floating cast members is because I think these identify quite a unique role in the Brexit debate. Wisdom's all for Queen and Country, and I can imagine him as a hater of European bureaucracy. Psylocke's very much an internationalist - despite being a Brit through and through, she's served on all sorts of international teams, and I think she offers a balanced view. Fantomex, despite being 'made/born' in London, the virtual upbringing in Paris and his European stylings would think Brexit a disaster. Then Siryn represents the only member of the EU that shares a land border with the UK, a border which is naturally very volatile and is a massive political issue.
The rest of X-Nation: I wanted a certain amount of B/C list characters – they’re supposed to be second stringers, and I think there will be plenty of fun dialogue between them all.
The rest of UXF – Okay, I lost some potential big hitters for the book very quickly, but I think the rest do a good job of presenting an international view, and the likes of Maverick, Vindicator’s and Omega Red’s time on their respective Govt’s payrolls will offer lots of intrigue / potential double-agent type business. There’s also some internal conflict with Maverick and Omega, and Terry’s and James’s’ history will be played up. Not yet sure how Caliban will be brought back to life for it, but he’s also an X-Force vet who I think fits the book fairly well.
Last edited by Spectral Knight on 16 Sep 2018, 05:24, edited 1 time in total.
X-Editorial:viewtopic.php?f=13&t=8412&p=177877#p177877
Thunderbolts:viewtopic.php?f=14&t=8802&p=186403#p186403
Top